Culture battle: We are Americans first

There is quite the debate today over immigration, trade deficits and culture. The issues have been conflated, construed and confused so often and so much so that mainstream America has become tired of the screaming, raving and ranting.

Today’s political landscape has deteriorated dramatically in the past quarter century. The parties are so divided and those in the middle (is there really a middle left?) have become detached, confused and frustrated. Why? One reason perhaps is that many have forgotten from whence we came and have lost the passion for the dreams of the founding fathers. The profound decency and respect built by previous generations no longer rules the day.

Indeed, there is a culture battle in America today. Hanging in the balance is the country that our forefathers intended or the new country that resembles a conglomeration that includes other more radical beliefs. Yes, the stakes are high and, already, there may be no going back.

Don’t construe all this to mean that others aren’t welcome because that is not the case and is not the prevailing thought in America. The radicalism on which those beliefs are built upon presume that many oldline Americans are prejudice and bigoted, but that would be an incorrect assumption. “Give me your tired, your huddled masses yearning to breathe free…” is still the mantra of America. That is not to be argued, nor should it be used as a political statement for either side.

What is at stake, though, are the long-standing rules and boundaries that have kept America a cut above every other nation of the world.

President Roosevelt determined that allegiance to America, its people, the flag, its ideals and the language are absolutes that should not be ignored, pushed aside or negotiated. Instead, they are the foundation of the country built by the forefathers, which, by the way, has become another dirty word.

The Roosevelt premise, however, is that each of us is an American first, and our other affiliations, connections and alliances are secondary. That premise also concludes there are absolutes in a society, that there are basic and fundamental rules and guidelines. These ideals should not change. They are principle, not preference.

And on that note, most every president this century agrees. Every one, including Carter, Reagan, Clinton, Bush and Obama have pushed for tighter borders and stricter entry policies.

Reagan said: “A nation that cannot control its borders is not a nation.”

Clinton chimed in: “It is wrong and ultimately self-defeating for a nation of immigrants to permit the kind of abuse of our immigration laws we have seen in recent years, and we must do more to stop it.”

Obama recognized it: “Today, our immigration system is broken — and everybody knows it.”

Unfortunately, the parties have played politics, flip-flopping when it’s convenient and holding a finger up to test the direction of the wind when it’s expedient. Congress has failed to act for the past quarter century, forcing presidents to try to stem the tide on their own.

And that’s where an influx of illegal immigrants blurs the lines. This growing group does not adhere to the fundamental basis of assimilation to American society. Illegal immigrants don’t follow the standard protocol of taking a basic language and civics exam that legal immigrants do. They don’t pay social security and other taxes as American citizens do.

It’s a fundamental difference and, frankly, one on which most every politician agrees. But many — especially in the media — conflate the issues for the public, which confuses and ultimately divides the country needlessly.

In summation, there are myriad of ways to solve the immigration issue. Each one, however, will require sacrifice, compromise and ingenuity. But, each solution must be founded on the principles that President Roosevelt laid out in the quote at the beginning of this post.

Anything less short changes the sacrifices of the men who gave up everything to establish this country in the first place.

After all, we are Americans first.

Chip Bailey lives in beautiful Colorado Springs, CO, with his wife, Elizabeth, and wakes up each morning to the tallest spot in the region, Pikes Peak. He is an author and former sports editor and sportswriter and has written two books. A native of another picturesque city, Natchitoches, La., Chip enjoys writing almost any subject and helping people reach their full potential. Several years ago, he worked as an associate of Pastor John Bosman, who enjoyed giving nick names to his staff. Pastor Bosman came up with Chipalatta, and it has stuck. View all posts by Chip Bailey

You are here!  A place to begin your journey to a hope and a future! 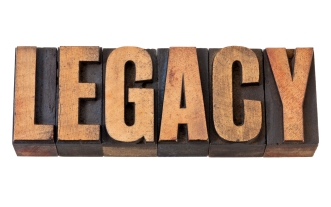