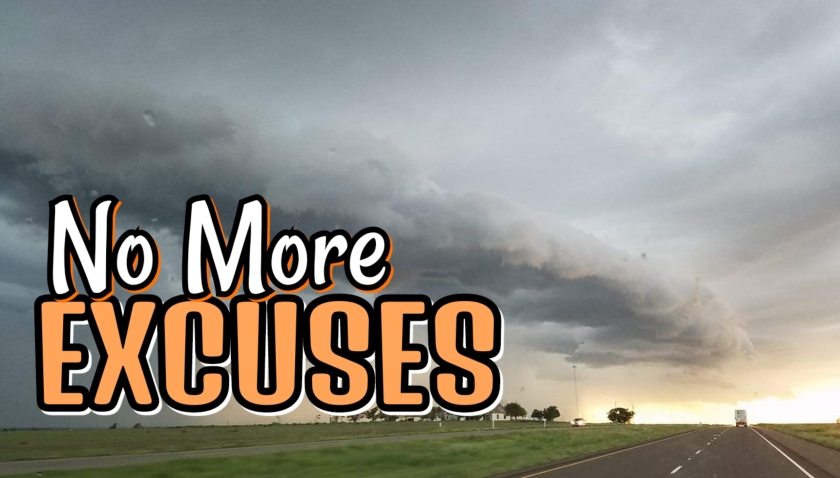 There is no doubt about it: You can do it! The only question is: Will you?

Dating myself here, but remember when you got in trouble in school? In some cases, the teacher made you “write lines”. Occasionally, depending on the severity of the punishment, she would make you write them on the chalkboard!

These lines of affirmation were an attempt to drill into the offending student the importance of not doing a particular thing. For example, “I will not talk in class” or “I will not pull Susie’s hair again during recess.”

These declarations were designed to reinforce positive behavior. We’ll have to ask some of the culprits if the exercise actually worked in these particular instances, but nonetheless, positive affirmation does have an impact. It changes the course of people’s lives. It lifts, it encourages, it inspires!

Hey, are you sick and tired of being sick and tired? Have you come to the end of your rope and just hanging on? Are there things you’d like to do, but gave up? Stay with me here.

Yeah, I know what you’re thinking. I don’t have the money, the time, the resources, the talent or the circumstances the chase my dreams. “Besides, I’ve tried, and it didn’t work!” Listen up…

I hear ya. People have told you that you can’t do it, you won’t make it, you’re over the hill or you’re not good enough. We’ve all believed the lies at one point in life, but now you have another shot. And, guess what: You are good enough, you can make it, no matter how old, young, tall, short or talented you are.

Friends, many people have become successful after hitting bottom or being told they were no-good-for-nothing losers. Here are some bread crumbs in the form of thoughts, suggestions and encouragement from some of the men and women who figured it out, beat the odds and climbed the mountain.

Any questions? Any excuses? It’s time to get out of the boat, stop straddling the fence and make a decision. Your choices today will determine your destiny tomorrow!

Now here’s where the affirmation comes in. Stop telling yourself that you can’t do it, that you aren’t good enough that you don’t have the talent. That has only buried you deep in discouragement and hopelessness.

I’m not your third-grade teacher, and you’ve done nothing wrong, but here is your assignment. No, I’m not going to make you write lines, but do this: Print off this article and cut out each individual quote above. Tape them on your refrigerator, on your bathroom mirror, on the dashboard of your car, on your bedside. Anywhere you’ll see it several times a day.

When you come across them, read them out loud. Out loud! You can even replace the “you” with your name! For example: “The greatest breakthroughs in life will happen when ___________ pushes through the fears.

Get rid of the “I can’t”, “I’m not good enough”, “I don’t have the time”, and other Negative Nellie thoughts and replace them with the good stuff. Humor me and just do it!

Get started on the road to positive thinking and affirmation. Tomorrow, we’ll discuss the tongue. Your tongue.

You are here!  A place to begin your journey to a hope and a future!